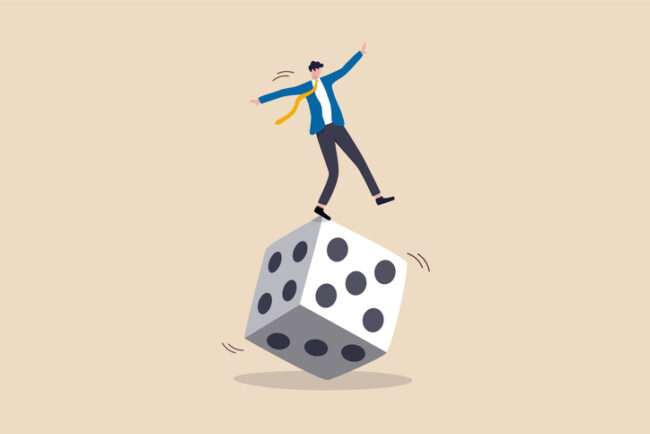 Whether you are betting professionally or are simply interested in maximizing your chances of success, understanding mathematical systems and how they can help is an important step. More specifically, these sequences can help gamblers make smart choices about when they bet and how much they should be willing to spend. One of the most popular of these bankroll management systems is the Fibonacci betting system.

The Fibonacci system is an effective way to manage bets in games that require a bit of skill as well as those that are nearly 100% up to chance. Blackjack players will find it just as useful as roulette players, in other words, despite the former being a more skill-based game than the latter.

This article will look at the Fibonacci sequence and how it is used by players around the world to maximize their bankrolls and profits.

Introduced by Leonard of Pisa, purportedly also known as ‘Fibonacci’, the Fibonacci system is an ancient mathematical system that first became widely known to the Western world in the early 13th century. According to Keith Devlin, a Stanford University mathematician, the model was first mentioned in ancient Sanskrit texts using the Hindu-Arabic numeral system in 200 B.C.E.

Fibonacci used the system first in his book Liber Abaci, a text dedicated to the art of equations and calculations. This was an especially important skill to Fibonacci and his countrymen as Italy was one of the biggest trading powers in the world at that point in time and keeping ledgers current could be quite the arduous task. The system would not be widely used until the 19th century, however, when a French mathematician officially named the sequence the ‘Fibonacci sequence’.

But what exactly does it do, and how does the Fibonacci betting system help players maximize their bankrolls?

What is Fibonacci sequence betting?

The Fibonacci betting strategy is a negative progression system. The strategy directs players to increase their stakes every time they lose a bet. The idea is that players are more likely this way to win more money on winning bets than the smaller amounts of money that were lost. Players might lose 12 games in a row, in other words, but by the time they win, their profits will be enough to make up for all of the losses.

The Fibonacci sequence contains a sequence of numbers that are the sum of the two numbers immediately preceding. If the first equation is 1+1 = 2, for example, then the second is 1+2 = 3, and the third would be 2+3 = 5. The sequence continues in this way.

This strategy is used in a number of different ways by players hoping to win at a wide variety of games. From sports betting to roulette and even blackjack, Fibonacci betting is a good way to take some of the emotion out of your betting. By focusing on a mathematical construct, it can be easier to make smart bets that are not impacted by the highs or lows of the game.

Remember that Fibonacci betting is not meant to tell players exactly what to bet, but rather how much they should bet. The numbers are considered as units, where players pick an initial bet – the size of which is equal to one ‘unit’ – and then increase the stake following the Fibonacci model. When the sequence equals ‘5’, for example, this means ‘five units’, not $5.

To make it simpler, these are the number of units that players should bet, in order, assuming that they lose every time:

The formula continues from there, of course, but this is a good start. Memorize the numbers so that you are not trying to remember in the heat of the moment! The last thing you want to do is annoy the other players by waiting too long to call out your bet.

Note that when using the Fibonacci sequence, you should move two numbers down. If you bet eight and win, for example, your next bet should be three units. If you lose, the next bet will be five, while if you win, the next bet would be one unit.

What are the best games to use Fibonacci sequence betting?

The beauty of the Fibonacci sequence is that it is not reliant upon any specific game rule or progress, so it can be applied to just about any casino table game imaginable. Here are some of the more popular of them.

The Fibonacci system is a good choice for any kind of roulette. Players do not need to worry about changing the strategy depending upon variant rules. Using the technique for roulette is one way to attempt to ensure that you have the chance to make your money back. Just be careful that you begin with a low unit at the beginning of your session as there is no guarantee that you will hit a winning streak before the bet amount increases dramatically.

Blackjack is a great opportunity to use the Fibonacci sequence because it is a game with a good house edge that can be further whittled using basic strategy. This means that as long as players do not run out of money before the sequence ends and they win it all back, they can feel somewhat confident that they will eventually win.

Betting strategies do not always work on games that are almost purely chance-based. They are a better fit for games such as blackjack that are still luck-based, but with a heavy dose of skill that can yield somewhat predictable results. The Fibonacci sequence is the exception to this rule. As long as players stick to the strategy and do not make other bets or chance their wagers, they stand a good chance of winning their money back as long as they continue to play.

Players using the Fibonacci betting system follow the system for a few different reasons. Not the least of these is the potential opportunity to win their losses back. When you play with the Fibonacci system, you will make your money back as long as you play for long enough. The problem, of course, is that not everyone has the budget to sustain many losses in a row.

Another positive of the sequence is its difficulty. The numbers are quite easy to follow, and all players need to do is memorize the number sequence in order to make use of the strategy. Finally, the system works. Over time, players will win a consistent number of small profits and build their bankroll. There is no timeline for this, however, and sometimes it might take quite a while to begin to see a profit.

Unfortunately, Fibonacci betting also has a few negatives to consider. First, players must have the budget to sustain the sequence. Even a unit of $1 can quickly escalate into placing hundreds of dollars every turn, and few players have that much money with which to bet. Also, if players run out of money before they win, they will not win their money back. It will simply be gone, and they will be out the entirety of their budget.

The danger of the Fibonacci system is just how easy it is to lose massive amounts of money. Players with an unlimited amount of funds will see gains, but anyone with less than that runs the risk of losing everything.

The Fibonacci sequence is a very high-risk betting system. However, it is also a fairly reliable bankroll management technique as long as you have the funds to keep the bets coming.