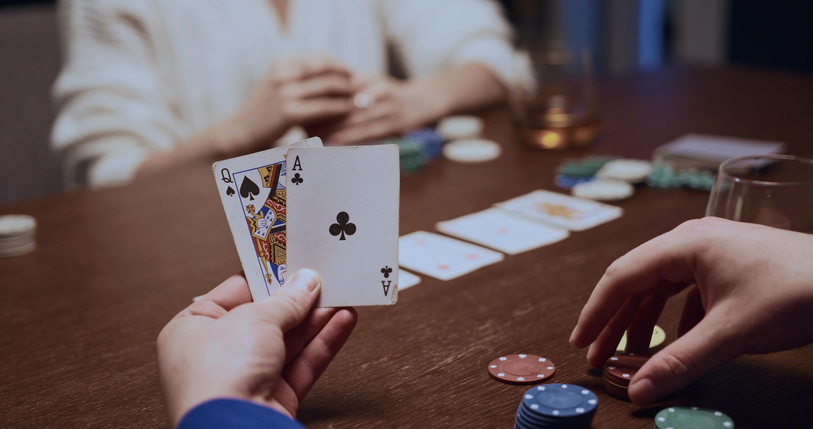 When it comes to the best things in life, you generally ‘get out what you put in’. The amount of effort you put into a task reflects the size of reward you receive, and in order to truly thrive, you must work hard to better yourself and your craft. The same can be said of poker. The game itself is straightforward and the basic rules are simple to learn. In fact, it is entirely possible to learn them in an hour or less! This doesn’t mean that you will land big wins, however, and it also doesn’t mean that there is nothing more to learn.

Putting in the effort to learn the surface-level strategy is important and can probably land you modest wins against players with less knowledge, but it will not enable you to compete with the best of the best. For that, advanced tips for poker are important to master. In this article, we will show you where to put in the effort so that you can reap your just rewards.

Why are advanced poker tips important?

While the most obvious response here is that advanced poker leads to more frequent and larger wins thanks to your own smart gameplay, there is another reason to learn advanced poker strategy. When you have put in the time to recognize the opportunity for expert moves, you can probably also recognize when someone is using one of them against you. This gives you the opportunity to adjust your own tactics accordingly to counter their strategy. Conversely, if you believe that someone has realized the strategy behind your moves, understanding advanced poker concepts ensures that you always have a tool in your toolbox to fuel an alternative approach.

With that in mind, here is an advanced poker guide designed to teach you the savvier poker plays that not everyone will have taken the time to learn.

When you play ‘small ball poker’, you are opting to play a higher number of starting hands than is normally advisable, while also utilizing small raises and bets. Small ball poker strategy is smart for a few different reasons.

First, small ball poker will protect your personal pot as you move through the tournament until you get a hand that is worth the risk. The strategy also allows you to build an image of a less aggressive player uninterested in bluffs. This, in turn, might help encourage other players to be less attentive when you start making more decisive plays with a strong hand, allowing you to win as much as possible before anyone catches on.

When and how to play small ball

One of the most important aspects of small ball poker strategy is to project your playstyle. The strategy will not be as effective if your opponents do not pick up on your apparent penchant for small bets and stop considering you a threat. You should also keep the other players’ playstyle in mind. If you are playing with loose opponents who will call bets regardless of table image, small ball might not be the right pick for that hand. A tight-aggressive style is the better call here.

Small ball is best suited to games early on in tournaments with players who are less savvy about advanced poker theory.

Poker is a ‘zero sum’ game that demands skill to successfully play at more advanced levels. Any advantage that players can give themselves as they play is important, including table selection. Table selection refers to the art of selecting the right table and seat. More specifically, it means finding the table with recreational players who are unlikely to catch on to advanced poker moves.

This is a tactic that should be considered a vital aspect of playing poker, but it is often overlooked by even experienced players.

Selecting the right table should be considered one of the most important advanced poker skills to include in your arsenal. This is because it is one aspect of the game that other players will overlook, allowing you to find the table that offers you the most advantage possible.

When and how to table select

Table selecting is an advanced poker tactic that should be used whenever you play online. To maximize your chances of finding a table with the big fish, try playing on the weekends. Recreational players are more likely to be home from their jobs and are ready to unwind with a few games of poker. This does not mean that you should never play during the week, but rather that the weekends are perhaps uniquely worth your time. Playing at ‘prime time’ is another good option to improve your chances of picking the right table.

The ‘Jesus’ seat goes hand in hand with table selection. This refers to the seat to the direct left of a fish and, ideally, to the direct right of a tight opponent, also known as a ‘nit’. This seat will allow you to isolate the fish and maximize wins without worrying about being re-raised by other players.

When and how to find the Jesus seat

Picking the right seat should be an advanced poker betting strategy you use all the time. To do it well, you want to invest in a poker HUD that shows player VPIPs. Pick a player with 40 or higher VPIP to almost guarantee a recreational player. Even if you cannot manage to find a recreational player along with a nit, that’s okay – opt for the seat to the direct left of the fish and you will still have good odds.

Blind stealing strategy is used to steal chips that are in the blinds. This strategy has fewer overt pros than others, but it is a good one to keep in your toolbox, nonetheless.

When and how to blind steal

Blind stealing in poker is done in the late game when everyone else has folded their hands. Players will make a raise with the intention of pressuring the blinds into folding. The idea is that if blinds are pushed into putting chips in the pot via the small and big blind, they are defending a weak hand and are less willing to add money to the pot to do so. This is a risky move, and it is best done against tight players who are likely to fold relatively quickly, and when played against this kind of player, a mediocre hand is often sufficient. If you are attempting to utilize this strategy against loose players, you should refrain until you have a strong hand.

Note that stealing the blinds is a technique to use sparingly. Using it too often can draw attention very quickly – and the last thing you want to do is to capture attention from other advanced poker players.

Poker for advanced players is full of interesting and complex plays that are designed to carry players to a win via subterfuge. Often, however, the best move is the simplest move. Picking a fancy play rather than a straightforward approach is indicative of the aptly named ‘fancy play syndrome’.

The most common symptoms of fancy play syndrome are generally using free-card play and poker squeeze play too liberally. Both can be an important part of a well-stocked advanced online poker strategy toolbox, but using them too often is a surefire recipe for disaster – or, at the very least, a surefire way to waste time on complex plays that yield the same as simpler plays.

Free-card play is often used by players with good hands to convince their opponents that they are defending a poor hand to trigger a river bet. The issue is that playing standard is usually more lucrative even when your opponent bets the pot. This is a situation where betting the pot and letting your opponent call it is both the easier and more effective strategy.

The poker squeeze play is an advanced poker strategy that attempts to force a player into folding unless their hand is exceptional. You do this by being the second player to call a raise. Player one raises, and players two and three (you are player three) call the raise. Player one is now being ‘squeezed’ from both ends. Unless they have a particularly good hand, they are likely to fold under the pressure.

The poker squeeze play becomes detrimental in cash games where players will often call you down to try to catch you bluffing. In this situation, stealing the pot using a squeeze play is a relatively low reward for the high risk. It might work, but it is more likely to backfire in stacked situations and can end up losing you money rather than adding to your winnings.

Are you wondering how to learn advanced poker? The good news is that practice really does make perfect in this instance. Pay attention to the table, pick the best seat, and utilize some of the advanced plays mentioned here to maximize your chances for success.