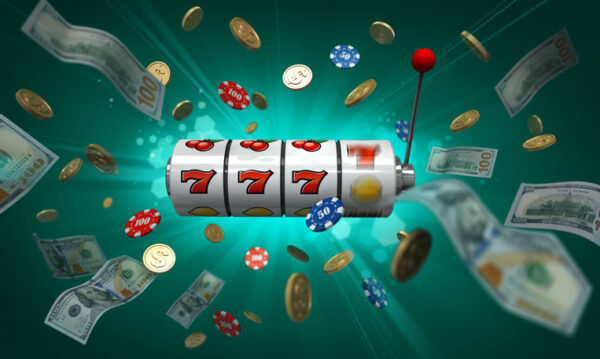 We love launching new online slots and table games for players in New Jersey. When we do, we scream from the rooftops and let you know all about it. But we don’t usually announce what’s coming in advance (we love surprises as much as you do).

Today is different, though. We’re adding some brand new games to our arsenal and we’re mixing things up by giving you a sneak peek of what’s about to drop at our New Jersey online casino.

Coming soon are three new Slingo games — Slingo Riches, Slingo Extreme, and Slingo Reel Bonus. All of them are supplied by the legendary Slingo Originals. If you’re new to Slingo, don’t worry. We’ll walk you through everything.

Slingo is basically a cross between a slot machine and a Bingo game. When you jump into a game, you’ll see a 5×5 grid of numbers. Those numbers remain static throughout the course of your game. If you’re familiar with Bingo, you can think of the grid as a Bingo card. Unlike an online slot, these numbers do not spin and change.

Directly below the grid is a single line of numbers — totaling five. These numbers are not static. You can think of this is the five reels on a slot machine.

To the left of the grid is a payout schedule, detailing your payouts for the number of lines, from one line to hitting a Full House.

There are three types of Slingo coming to ResortsCasino.com. First up is Slingo Riches, which features a number of potentially lucrative symbols (plus one you’ll want to avoid):

Next up, we’ve got Slingo Extreme, which is essentially a more extreme version of Sling Riches (expect more of an adrenaline rush with this one).

Finally, we’ve got Sling Reel Bonus launching soon. This game is more like an online slot than a slot/Bingo hybrid, so if you love the energy of Slingo and wish you could see it in an online slot, this is your game.

Ready for Slingo? Get yourself a ResortsCasino.com account and you’ll be good to go the second it launches.